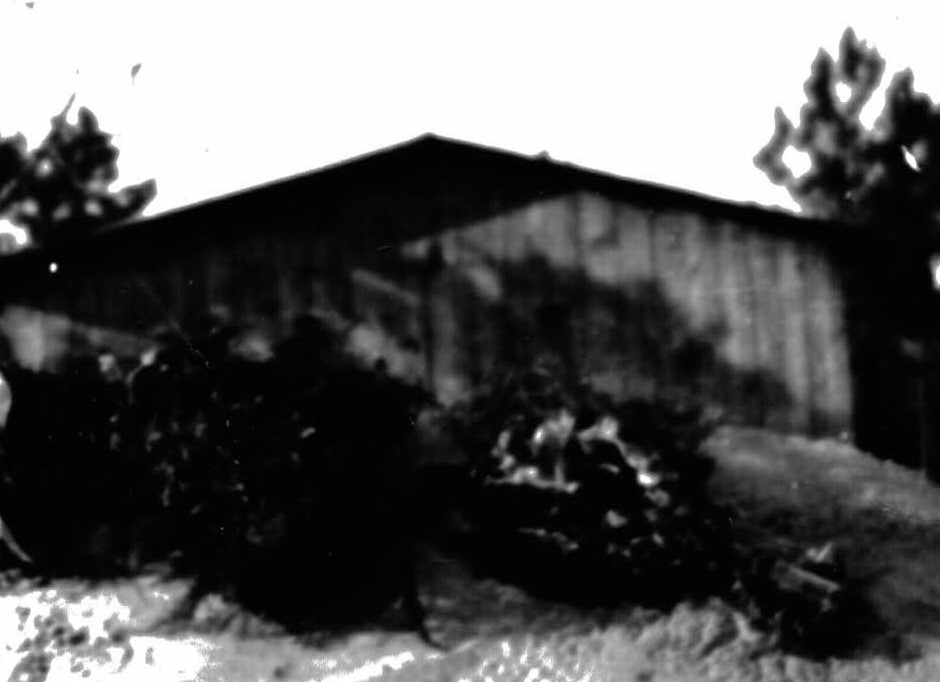 (Note:  “Grandpa Sanders” in this story is James Marshall Sanders.  “Aunt Lessie” and “Aunt Myra” are his daughters and “Uncle Kelley” is his son.  The children are  his grandchildren.)

The other day my favorite preacher was reminiscing about great groups he had heard–the Roger Wagner Chorale, the Mormon Tabernacle Choir, the Robert Shaw Chorale, the WAUD Birthday Choir, etc.-and about how he and, he supposed, all kids had at one time or another played “church.”  Remember? There was a time for playing “house,” and a time for “the fox and the hare,” and “cowboys and Indians,” and a time for “church.”

Except not many kids had as colorful a church to “play like” as we had.

The Pilgrim’s Rest Tabernacle was completely enclosed, with windows, a tin roof, benches as good as you’d find in any country church then, a stove, coal oil lamps, and a sawdust floor.  It was quite comfortable.

However, he worked out a system with the other men of the community whereby a different person would be responsible for getting a preacher for each meeting.  The meetings were held twice a month on Sunday nights. And, looking back on it, it appears that each man would try to out-do his neighbor when it came to getting a colorful, stirring, loud, yea, even exotic preacher.

Most of them were the strictly fundamentalist, “pentecostal” type who preached the fire-and -brimstone, burning-hell sermons so dear to the hearts of that Puritanically religious community.  Occasionally there would be shouting and even ”speaking in the unknown tongue,” which was apparently spiritually uplifting to the older ladies who participated in it, but which was indelibly terrifying to us six- and seven-year-olds.  Willadine, who James and I teased about going to sleep in Aunt Lessie’s lap anyway, would really snuggle up close when that began.

Aunt Myra and her huge family from over in Mississippi would come up sometimes, and her oldest daughter and son-in-law would pick and sing.  And there was a family of albinos who would appear once in a while from somewhere. One of their special numbers was “When I Take My Vacation in Heaven.”

That was one of the ones we “played-like” the best.  Willa and Polly and Wynell would get out some gallon-sized syrup buckets to use as our instruments and we’d sing and play away.  After we’d sung a verse or two, they’d hum in the background while I’d talk like our albino friends: “Yes, my friends, one of these days, I’m gonna take MY vacation in heaven, and what a wonderful day that’s gonna be!”  There’d be a few “amens” in the background. Flip Wilson would have been proud of us. And somewhere in there, I’d always try to get in one of Uncle Alec’s favorite phrases about the difficulties of reaching the Promised Land if you didn’t do thus and so:  “Beloved, it can’t be retched!”

Grandpa died when I was eight, and without his leadership the meetings at the Pilgrim’s Rest petered out.  Later, the building was torn down, and now there’s no sign of it on the slope north of the family graveyard.  But those of us who were there will never forget it.

The ones who were kids then especially remember the time the lady preacher was telling the good news in a flamboyant fashion.  She slowed down for a moment and said, “Before I go any fudder…”

In the unbelievably quiet void that lasted for surely no more than a second, my voice could be heard throughout the tabernacle.