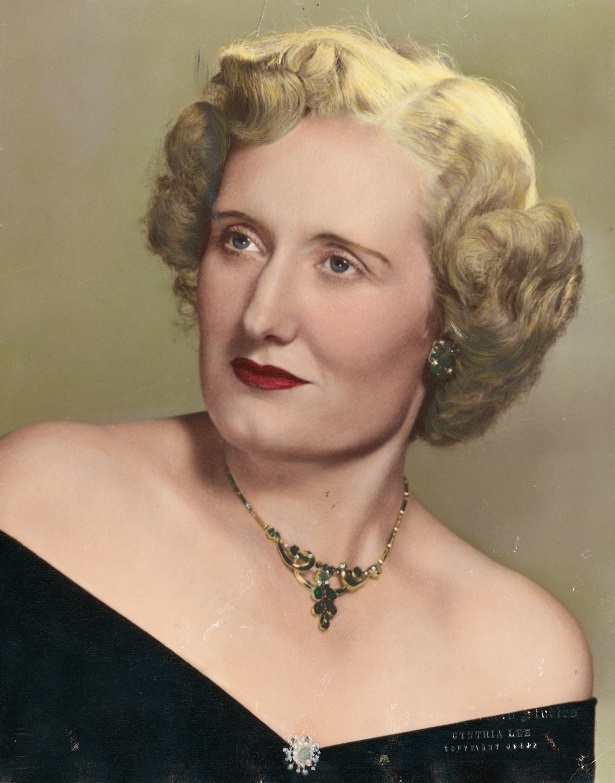 During my early childhood years which were the early 1950’s, I never saw my Aunt Frances.  These were the years she and Uncle Albert were moving around a lot based on his Air Force assignments and we lived in Alabama and only came to Mississippi a couple of times a year.  Our paths simply never crossed, so my impression of her was based on a picture of her which hung in Big Mama and Pop’s house.

The first time I saw this picture, I asked Big Mama who the “movie star” was and Big Mama laughed and said “That’s Jeweline.  She’s your aunt.”  Even her name sounded exotic to me.  She didn’t go by her first name of Frances until many years later.  I can remember looking for this picture every time we visited and looking forward to meeting my beautiful aunt someday.

When I finally did get to meet her I wasn’t disappointed.  She was so full of life and laughter I quickly focused on her presence much more than what she looked like.  Then there was Uncle Albert who had the happiest, most infectious laugh I had ever heard especially when he was tossing me up in the air and then catching me in a big bear hug.

During the research and publication of our family book “Family Ties and Memories” in 1977,  I got to know all my aunts and uncles including Aunt Frances much better and truly developed an admiration and appreciation for them all.  Somehow, however, when I see this picture I am transported back to being an eager child looking up at the most beautiful “movie star” I ever saw – my Aunt Frances.