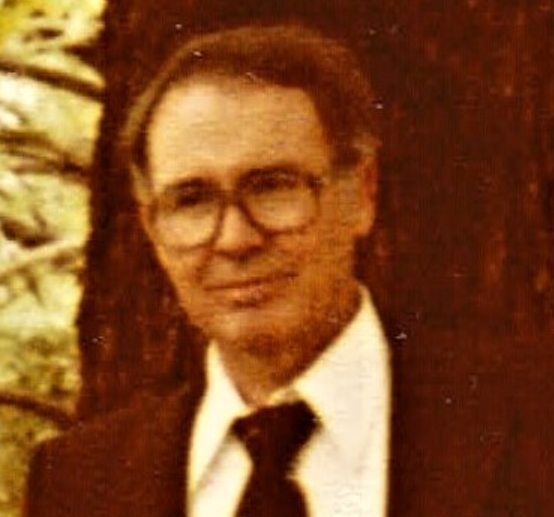 (Note:  “Grandpa Sanders” in this story is James Marshall Sanders and “Grandma Sanders” is Emma Springfield.  “Daddy” is Prentice Sanders, their youngest son.)

I used to worry Grandpa Sanders to death.  From the time I can remember, I’d toddle up the road to his house and ask Grandma for jam-and-biscuit.  She’d dutifully split a leftover biscuit, put a generous helping of delicious blackberry jam in there, put the pieces back together and hand it to me.  As I inhaled it, I’d go in to where Grandpa would be trying to read the Age-Herald and start pestering him to tell me a story.

He had a repertory of some eight or nine tales, all of which I knew absolutely word for word–I’d correct him if he deviated one whit from the accepted recital.  But my familiarity with them made them not a bit less exciting to me.

He’d stall and put me off, which made my desire to hear the stories increasingly unbearable, until he’d finally give in and slowly, tantalizing, start off on one of his classics, and I would squirm in ecstatic anticipation.

He’d tell, for example, about the time he carried the mail on horseback, about how, once upon a time, he was riding his mare through this long, desolate bottom when he heard a panther scream a long way off.  (Just like a woman screaming!) Feeling in a playful mood, Grandpa decided he’d mock it, so he answered it. The next time it screamed, it was a little closer. (And I’d get a little closer to him, as his voice would get low and dramatic.)

This went on for a little bit, the panther crying and Grandpa answering it, with the panther getting closer all the time until Grandpa decided that was just about close enough; so be pulled off his hat, swatted his horse across the rump with it, and said, “Nance, take me away from here!”

Now, you’d think I would have been satisfied with the fact that we, Grandpa and I, had satisfactorily thwarted that panther’s appetite for the thousandth or so time, at least Grandpa would indicate that he was through, as he’d turn back to his paper, but, eventually, I’d nearly always talk him into another tale–about the horse race, or Mad Dog Spring, or something.  I was persistent, and I don’t think he really minded too much.

By the time I came along, Grandpa was getting pretty near-sighted.  When I was six or seven, he’d take me to town with him in his T-Model.  He’d say I could be his eyes for him, and he’d build up my role in our driving partnership all out of proportion while I’d beam with self-satisfaction.  When we’d get down to Holiday’s store, where our road angled into the highway, I’d really put on a production about looking to see if any cars were coming down the highway.

Soon, he practically gave up driving, after he got up too high on the steep bank that surrounded his swept yard and the T-Model turned over on its side.  Daddy watched the accident happen from our front yard and came running up, and about that same time, Deward Roberts was coming by, going to town, and they got Grandpa out of the car, unhurt, but shook up a little, and the T-Model back on its wheels, not much the worse for it all.

So he didn’t drive much after that, and, anyway, Mother had misgivings about my riding with him when he did.  Daddy said he’d take him anywhere he needed to go. He had diabetes, among other things, and he began to weaken.  He didn’t plow much anymore and yell, “Gut take it!” at the mules when they peeved him. (That was about as strong an expletive as his Puritan code would permit; although I have suspected that most of the Puritanism in that family came from Grandma.  I’ve even heard it said that, before he married her, he would, on occasion, chew a plug of tobacco! She cut that foolishness out, I mean in a hurry.)

He still puttered around and went to the Tabernacle services, but he began to break, as they say, fast;  and just before my eighth birthday, he died at 71. 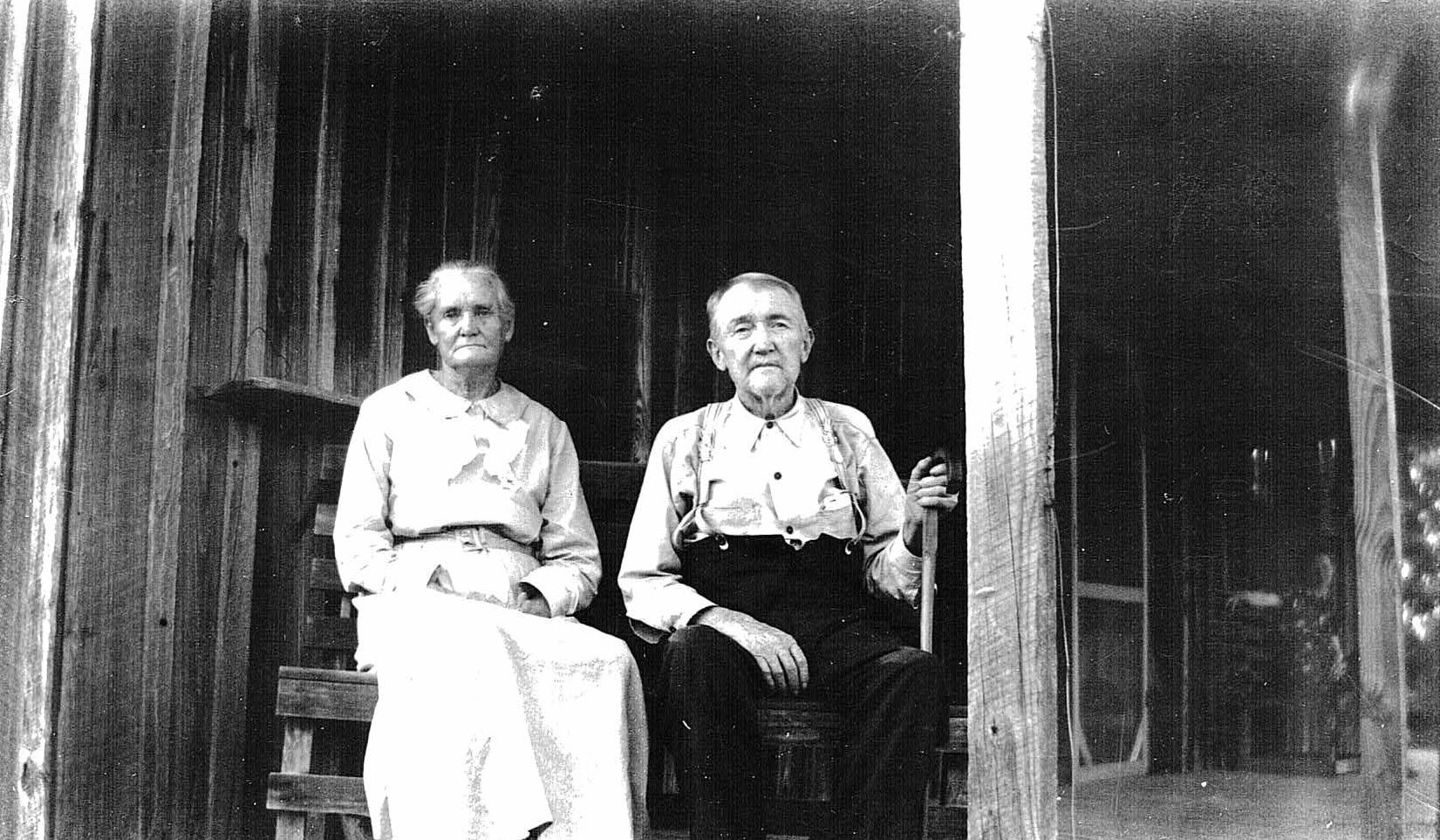 Fortunately, before Grandpa died, Daddy and his Kodak got an excellent picture of Grandpa and Grandma, sitting in the sun at the south end of their front porch.  (See picture at right.) They were looking out toward where all the apple trees used to grow, and where, long before I was born, their first barn used to be; and where aunts Clara, Lessie and Myra, and uncles Kent and Kelley and Daddy worked mostly and played some, living stories that could later be told to their grandchildren.