James took care of us 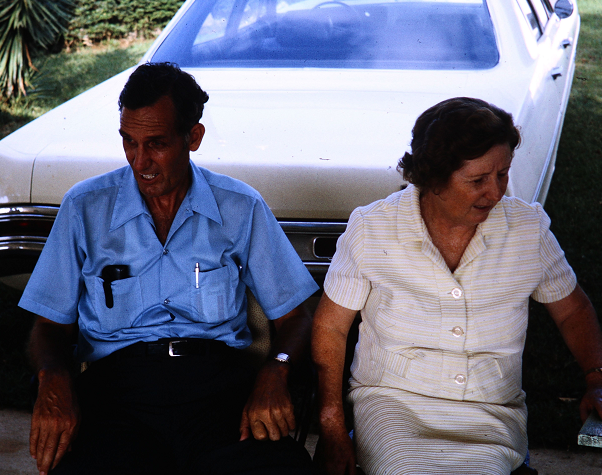 James was the oldest boy and was often called upon to look after the younger children when they were all out together. One particularly memorable year occurred when the family was living at the Troop Station house sometime after 1929 when they had moved there. All the Cunningham children remembered this time vividly.

“There was a rash of mad dogs one summer. The children were playing on the road bank one summer night and James was up on the road. He looked up and approaching him was a dog known to be mad. Instead of running, he whispered for all the kids to be quiet. They all froze and the dog came by James with only a foot or two to spare. It went on down the road and got in a fight with some other dogs, who all came down with rabies later. It had already bitten a neighbor, Audrey Hanson, who had to take the shots.

When they were not worried about mad dogs, there was always something else after them. Their neighbors, the Hansons – – Burline, Virgil, and Verdell – – were quick to take advantage of the fact that none of the Cunninghams were allowed to fight, not even to defend themselves. There was a constant battle to outwit them. Kate at this time was having trouble with “mean” Clyde Sanders. He seemed to delight in making Dot cry especially on the bus, and Kate had to fight him all the time.

On one occasion something else got after them. All the kids were in the back of the wagon with James driving, coming back from a meeting in Hamilton. Slowly someone with some kind of covering over his head began to approach the wagon from the rear reaching out trying to get a hand on the wagon. James made the mules run but the “haint” followed them for a long, long way.”