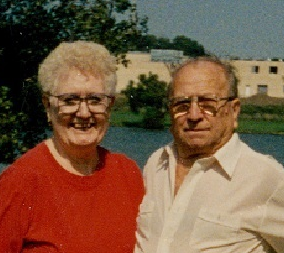 In 1989 at the age of 71, Frances married Edward Wojutsik.  They enjoyed 21 years together living mostly in her hometown of Vernon, Alabama until his death on March 31, 2010.  Five years later, Frances died on May 28, 2015 and both are buried in Lamar Memory Gardens in Vernon, Alabama.

In 2006 at the age of 88, Frances sent the picture below to her brother Glenn with her typical cheery note for her 78 year old “baby brother”. 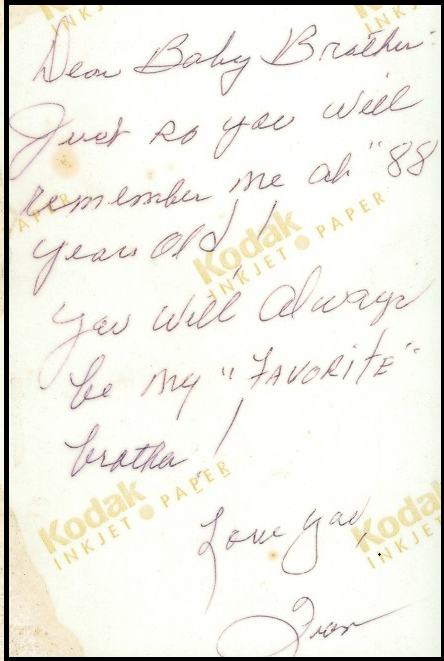