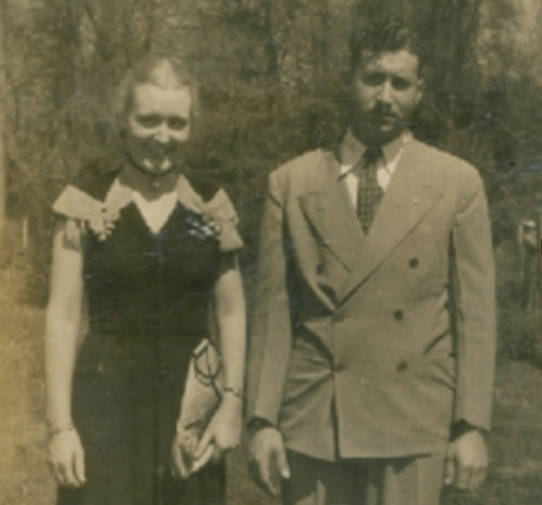 Frances married Albert DeVille  on June 15, 1942 in Amory, Mississippi.  The picture at the left was made during a summer month in 1942 so it is probably around the time of their marriage.

Albert is wearing the same suit in the picture at the right so this picture could have been made at the same time.  It is undoubtedly a very early picture of Frances and Albert as a couple.

These pictures of Frances were made in 1948 in Hamilton, Mississippi during the construction of her parents home.

Their first child Stephen Dale, was not born until 1950 and sadly did not survive.

Frances and Albert’s life together ended abruptly on March 8, 1970 when Al died.

Both Albert and his son, Stephen Dale, are buried in Sanders Cemetery in Lamar County, Alabama.

Albert served almost 22 years in the Air Force during which time he and Frances moved 53 times.

Surviving photographs from their marriage years are from many different places.