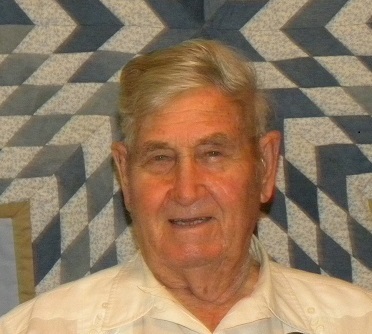 Thomas Ferrell Cunningham of Aberdeen celebrated his 95th birthday recently.  He was born February 2, 1923 in Detroit, Alabama as the fifth of the eight children of Cosby and Myra Cunningham of Hamilton, Mississippi.

Ferrell graduated from Hamilton High School in 1941 in the summer before Pearl Harbor.  He, his father and brother James worked in the shipyard at Mobile, Alabama until November, 1942 when he and James enlisted in the Army Air Corps.  He was assigned to duty in Monroe, Louisiana and was transferred to Brady, Texas, then to Lubbock, Texas. He served as a Link Trainer Instructor teaching instrument flying until he was discharged in November, 1946.  Throughout his lifetime he logged more than 36,000 hours of instrument flying training for both military and private employers.

Following World War II, Ferrell and James owned a concrete products plant in Hamilton, Mississippi and a second plant in Amory.   In addition to manufacturing concrete blocks, roof tiles, and drain tiles, they also constructed 22 buildings in the corporate limits of Vernon, Alabama as well as many buildings and other concrete projects in Monroe and Lowndes Counties in Mississippi.

In addition, Ferrell worked as a rural mail carrier retiring with 34 years of civil service employment including both the mail route and instrument instructor time.  He also retired with 17 years employment from Kerr McGee Chemical Plant in Hamilton, Mississippi.

While his work record is impressive, the most meaningful work he remembers is when he was a charter member of the Board of Trustees of St. Andrew Presbytery.  While serving in this capacity, he made two mission trips to Cameroon, West Africa and one to Mexico. On his first trip to Cameroon in July, 1995 when he was 72 years old, he constructed a roof for a church with an African crew who could not speak English, but who learned to say “OK Paw-Paw” when he would show them with motions how to build the roof.   When he returned to Cameroon in July, 1997 he was able to make his last roof tile on his own machine which he had donated from his earlier concrete business and which remains in Cameroon today. In addition to mission work, Ferrell has read the entire Bible seventeen times and has taught Sunday School for over 35 years. He is currently an active member of First Presbyterian Church in Aberdeen, Mississippi and the Tranquillizers Senior Citizen group of Tranquil United Methodist Church in Wren.

Ferrell has not slowed down yet.  When his wife of 42 years, Mary Martin Cunningham passed away in March, 2015, he converted their dining room into a sewing room, and in 2017 helped construct memory quilts for all 14 of their grandchildren using something from her clothes in each one.   He and his brother Glenn Cunningham of Hamilton, Mississippi have become expert quilt piece cutters and work on quilting projects often.

Ferrell says he plans on a few more birthdays.  His family and friends all hope that is the case.