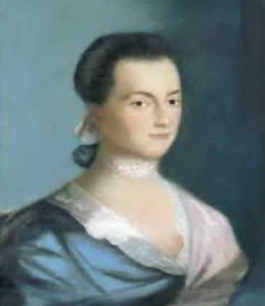 The following is from the Springfield Family files of Legacy Keeper Donna Thompson:

A monument, made of stones from Dicey’s fireplace, was erected in Greenville, SC in 1933, in recognition of her efforts during the Revolution.  A bronze plaque was added to the monument on 16 October, 1966 by the Nathaniel Green Chapter of DAR. The DAR of Canton, MO named their Chapter for Dicey Langston, as did the “Daring Dicey” DAR Chapter in Vernon, Alabama.  There is also a Children of the American Revolution Circle in DeLand, FL named for her. She is mentioned in an article, “Patriots in Petticoats,” by Lonnelle Aikman, published in the October, 1975 issue of National Geographic magazine. Below are some accounts of Dicey’s heroism in the American Revolution.

For her information to the Patriots, Bloody Bill Cunningham and his Scouts took revenge on Dicey’s father, Solomon, with whom she lived in Laurens County.

They backed the aging man to the wall and aimed to shoot. Dicey lunged in front of a soldier’s cocked weapon and informed the assailants, ”You will have to shoot me first!”

Her courage was rewarded. Cold-blooded as they were, they could not bring themselves to shoot, and left. 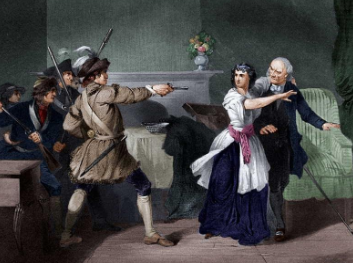 “Mrs. Laodicea Springfield, aged 71, wife of Capt. Thomas Springfield. The deceased was the daughter of Solomon Langston of Revolutionary memory, whose family suffered perhaps more from the reckless ruthless ravages of Tories and Indians than almost any other; and the subject of these remarks took an active part in the struggle, and performed many daring feats in behalf of her suffering county and friends. She was the mother of 22 children, and left about 140 grand and great grandchildren. She was a kind and affectionate wife, mother and neighbor, and has left a large circle of acquaintance to deplore her loss.”