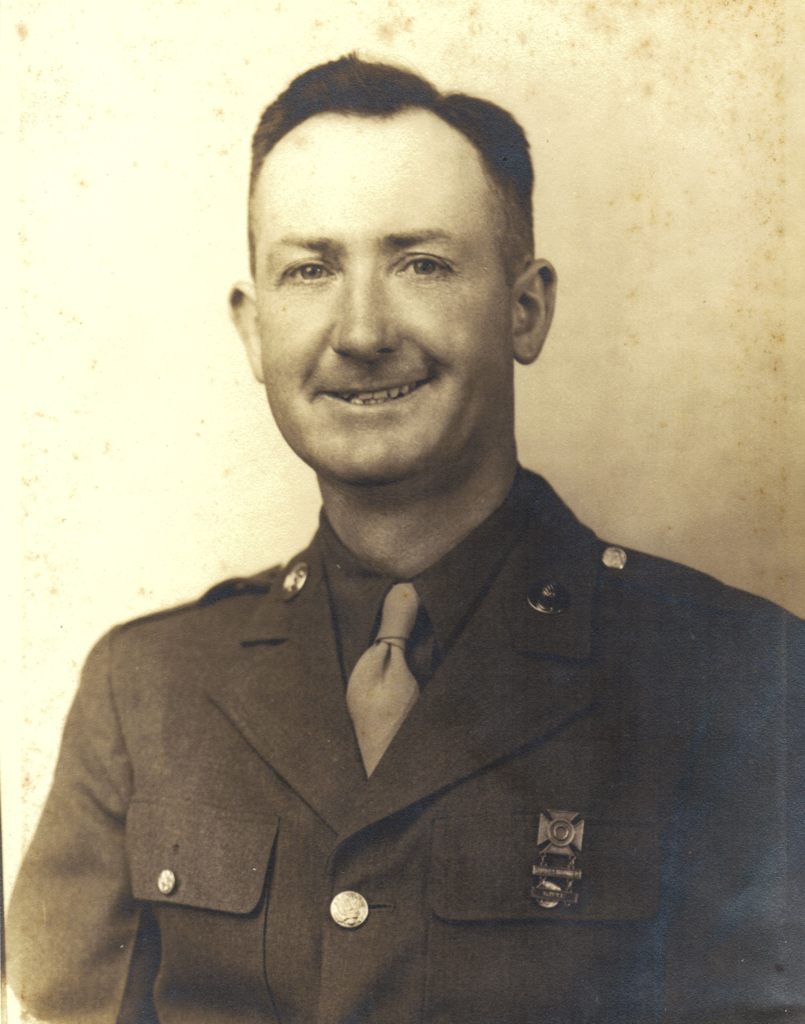 Prentice was born in 1906 near Vernon, AL. He was drafted at the age of 37, and reported for service at Ft. McClellan, GA on 20 November 1943. He had a wife and two young children, but he didn’t hesitate or protest. He went willingly to serve his country, leaving his wife and 12-year old son, Bobby, to see to the farm while he was away. His son, Jack, was only six and too young to be of much help.

After basic training in Mississippi, Prentice was assigned to an Army base in Arkansas (not sure which one). He did office work, filing, filling out reports using the hunt and peck typing method, and general clerical duties in the department responsible for ordering supplies. In his spare time, he was kept fairly busy cutting hair for the other soldiers. Being older than the other guys, they called him “Pop,” and many of them trusted him to keep their money safe for them until they needed it. Prentice’s son Jack remembered that every payday, Prentice would buy a big box of candy and send it home to his wife, Edna and two boys – a much anticipated and exciting event for them.

After serving almost eight months in the Army, he “aged out,” and was discharged on 8 July 1944, just a few days before his 38th birthday. Prentice died in 1979 and is buried in the Sanders Cemetery near Vernon, AL.