Charles Tillman Sanders was born near Vernon, AL in 1921. He enlisted in the Navy on 7 September, 1940, in Birmingham. AL.

Immediately, or soon after training, he was assigned to the USS Russell (CDD-414), a Sims Class Destroyer, and went onboard 7 January 1941, as Seaman 2nd Class. He worked with communications – radar, sonar, etc., and his class changed to SoM 2nd Class on 7 March 1942.

Charlie was on the Russell for three and a half years. During that time the Russell was in the North Atlantic convoy-versus-submarine action before the U.S. was officially in the war. Charlie said his ship got a submarine on the day the Reuben James* was sunk. After Pearl Harbor, the Russell moved around to the Pacific, where it was heavily involved in some of the fiercest, most intense sea battles of the war, some of which were the Coral Sea, Midway, the Santa Cruz Islands, Atoll Tarawa and more. The Russell screened the USS Carriers Yorktown, Hornet, Saratoga, Lexington, Enterprise and others. It assisted in rescue operations for the Hornet when it was sunk.

On 18 July 1944, Charlie was transferred off the Russell to the West Coast Sound School in San Diego, CA for a refresher course of instruction, and was later discharged.

Charlie died in 2012 and is buried in the Sanders Cemetery near Vernon, AL. 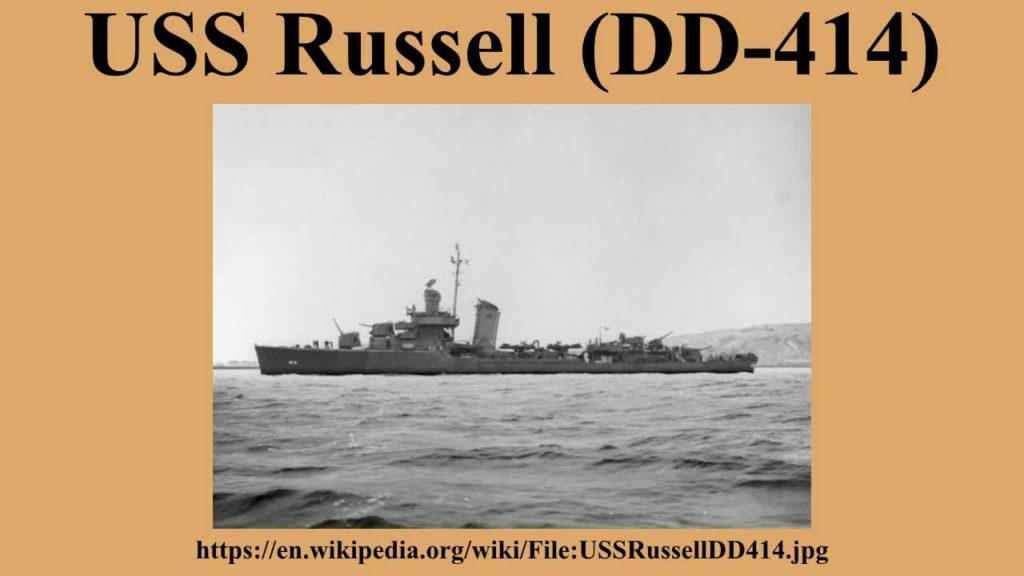