Early Photograph of the Sanders Cemetery 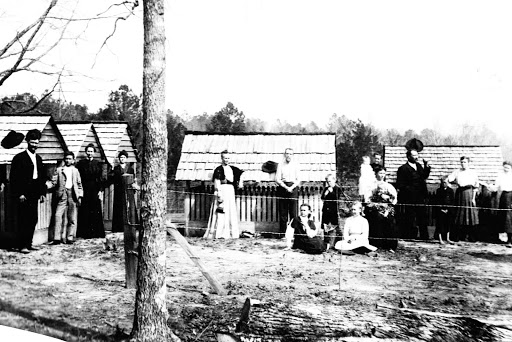 The grave in the center of the picture [C-4] is that of Garland B. Sanders (b. 12 March 1884; d. 6 August 1887), son of George Harrison Sanders, and brother of James Marshall Sanders. We believe he was the first person buried in the Sanders Cemetery.

NOTE: In the background of the picture, behind the grave on the right, is approximately where the Sanders Tabernacle was later built.