BIOGRAPHICAL INFORMATION:  Much of the information on Thomas Springfield (1766-1845) and his children was copied from his family Bible by his son, Bennett Springfield. Even though no official record has been found that Thomas Springfield served in the Revolutionary War, we feel sure that he did serve, for three reasons:  1) family legend, 2) the fact that he met his wife, Dicey Langston, during a war skirmish, and 3) he is referred to as Captain Thomas Springfield in his obituary, printed in the “Greenville Mountaineer.”

Thomas Springfield lived a long and fruitful life. After Dicey died in 1837 (after 54 years of marriage), he married Lavina Smith. We only have records of 19 children; however, Thomas’ obituary stated that he had 21 children by one wife (Dicey), and Dicey’s obituary said she was the mother of 22 children. It is likely that some children died in infancy. 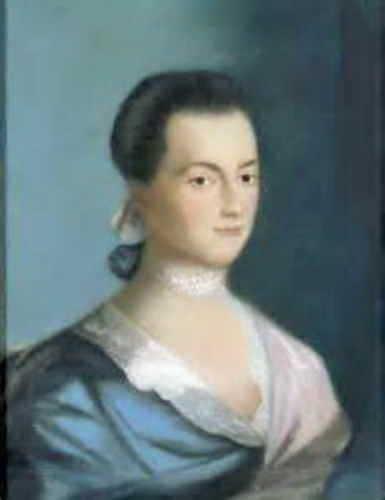 BIOGRAPHICAL INFORMATION:  A monument, made of stones from Dicey’s fireplace, was erected in Greenville, SC in 1933, in recognition of her efforts during the Revolution.  A bronze plaque was added to the monument on 16 October, 1966 by the Nathaniel Green Chapter of DAR. The DAR of Canton, MO named their Chapter for Dicey Langston, as did the “Daring Dicey” DAR Chapter in Vernon, Alabama.  There is also a Children of the American Revolution Circle in DeLand, FL named for her.  She is mentioned in an article, “Patriots in Petticoats,” by Lonnelle  Aikman, published in the October, 1975 issue of National Geographic magazine. Below are some accounts of Dicey’s heroism in the American Revolution.

For her information to the Patriots, Bloody Bill Cunningham and his Scouts took

revenge on Dicey’s father, Solomon, with whom she lived in Laurens County. They backed the aging man to the wall and aimed to shoot. Dicey lunged in front of a soldier’s cocked weapon and informed the assailants, ”You will have to shoot me first!”” Her courage was rewarded. Cold-blooded as they were, they could not bring themselves to shoot, and left.

The deceased was the daughter of Solomon Langston of Revolutionary memory, whose family suffered perhaps more from the reckless ruthless ravages of Tories and Indians than almost any other; and the subject of these remarks took an active part in the struggle, and performed many daring feats in behalf of her suffering county and friends. She was the mother of 22 children, and left about 140 grand and great grandchildren. She was a kind and affectionate wife, mother and neighbor, and has left a large circle of acquaintance to deplore her loss.”

WILL OF THOMAS SPRINGFIELD

In the name of God Amen, I Thomas Springfield of Greenville District and State of South Carolina, being weak in body but of sound mind and memory, thanks be to God for the same, do make this my last will and testament in manner and form following that is to say, first I recommend my soul to God who gave it and my body to the dust to be decently buried by the direction of my executors who I shall hereafter name and appoint.

I give to my daughter, Sarah Bates, a negro girl named Jin. To my daughter Nancy Miller I give two thirds of the proffit of a negro woman named Liza and at the decease of the Said Nancy Miller, that part of the said Negro to be equally divided between Nancy Miller’s four children, Mahala, Dica, Betsy, and Henry Miller, these my grandchildren.

To Langston Springfield’s four sons, Franklin, Henry, Thomas, Jasper, I give one third of the Said negro woman named. To my granddaughter, Saphronia(?) Springfield, I give one hundred acres of land, the plantation whereon I now live and house and I also give her one negro boy named Good, also one featherbed and bedstead and furniture. To my daughter Nancy Miller I give one feather bed and bedstead and furniture. To my grandson Pinkney Springfield I give a certain parsel or track of land bounded by my home track and bounded by Lemons land and by Moon’s land containing 70 acres more or less. My negro

George is to be sold and all my loose property and stock of all kinds to be sold and my debts paid out of the proceeds.  And if there is any more money than pays my debts I want it equally divided between my three grandchildren, vis: Dysa Harkins, and Nancy Harkins and Thomas Springfield in witness whereof

I have hereto set my hand and seal this the twenty-eighth day of October, Eighteen Hundred and forty three, 1843.

Signed in presents of –

(These are the uncles and aunts of Thomas Walker Springfield with the exception of Samuel Aaron who was his father.)

(All the children were born in Laurens County, SC.)

1.Thomas Springfield (b. 1784). Nothing is known about him. He likely died young.

3.James Langston Springfield (b. 5 February 1788, d. 28 April 1859) m. Nancy Stiles/Styles (b. ca. 1792), daughter of Samuel and Celah Langston Stiles.  (They were first cousins.) James and his family were in Greenville County,  SC in 1850; by 1860, James had died and Nancy and daughter Holly B. were living at Masa Creek, SC, next door to her daughter Frances and son-in-law James M. Hellems, and their infant daughter, Nancy D. Hellems.  They had 10 children.