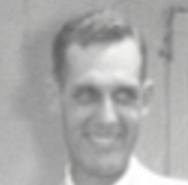 From “Family Ties and Memories” 1977.  Contributed by James Cunningham.

James grew up as the oldest boy in the family with two older sisters, three younger brothers and two younger sisters.  James says that the major part of the outside work fell on him and the three younger brothers with the responsibility to get the job done resting on him, as well as answering why the younger boys were allowed to do this or not do that.  Being the first to get up in the morning, James started fires in the fireplace and stove, then fed the mules and milked before breakfast.  Usually by a little after sunup the mules were harnessed to start plowing or other work.  The amount of work done depended entirely on how much the mules could do, since James says that he could work down any pair of mules by the time he was twelve years old and go home after supper and play outside for an hour or so.

James recalls that on Sunday afternoons, quite often Dorothy and Tillie would join in the activities with the boys for hikes through the woods, hunting plums, muscadines or such.  Needless to say, James was the one who climbed the tallest trees to shake out muscadines, while the others picked them up.  They never ate any until the berries were all picked up and fairly divided.

On Sunday, December 7, 1941, the day Pearl Harbor was bombed, James was working as an apprentice carpenter at the Columbus Air Base.  He immediately left to work as a welder at the Mobile, Alabama shipyard until November 2, 1942, when he volunteered to join the Army Air Corps, although he was told that he could have an indefinite deferment due to essential work.

His basic training was at Columbus Air Base followed by a training course at Oklahoma State Teachers College, Edmond, Oklahoma  After a twenty mile march with full field pack one day, James relates that he could not resist the temptation to run full speed to the dormitories to show the others, who had been grumbling throughout the march, what a bunch of “miseries” they were.

James was stationed at Page Field near Fort Myers, Florida for about a year at an advanced flying training base.  He was then promoted to Sergeant in G-2 intelligence and was told by the commanding officer that he would be promoted much further with little effort.  James’ response was that he would do his part but that rank or promotion had little meaning to him.  His primary concern was to help get the war won as soon as possible and get out.

About January, 1944, James was assigned to the 404th Fighter Group, 508th Fighter Squadron and stationed at Myrtle Beach, South Carolina.  In March of 1944 the group received orders for movement overseas.  James and his group spent about two weeks at Camp Shanks, New York for final combat training, and during that time James spent two days visiting New York City.

On March 12, 1944, the group went by train a short distance down the Hudson, across by the Weehawkeen Ferry and boarded the modern 20,000 ton cargo liner the British “Sterling Castle”.  It was soon renamed the “Starving Castle” by the group due to the poorly prepared food.  The crew landed at Liverpool, England on March 23, 1944.  They went by train to Winkton, near Christchurch and Rourmouth.  An airfield was set up in a pasture with steel mats for runways and pyramid tents for quarters and office.  By March 30, 1944, the group was flying combat missions with P-38 and P-47 fighter bombers.  During James’ stay in England he made several visits to London and other places.  He was able to see the historical sites of London as well as the results of German bombing attacks.

On June 26, 1944, D-Day plus 20, the group received orders to move to France.  After water proofing the vehicles and other preparations were made, the group was assembled and told:  “Men you are about to embark on a hazardous mission from which some of you will not return.”  This proved to be correct.

James, along with the rest of his group, sailed from South Hampton, England on a liberty ship, the “Empire Crossbow” and was anchored off Omaha Beach.  There the jeep James was to drive was loaded on a barge.  The barge carried the men about 300 feet off the shore where they drove off into water about four or five feet deep. The jeeps completely submerged.  James’ first night in France, after a late arrival, was spent sleeping under an apple tree on an army cot with a “shelter half” spread over the cot.  The following day James was told that it had rained all night and the ground had shaken from nearby artillery fire.  The Airstrip was 10 miles from St. Lo which was still in German hands and the group was about three miles behind the front lines.  The airstrip was steel mats.  Tents were put up and fox holes dug after it was secured.

On July 24, James started to go to the mess tent for lunch.  Sgt. Smith asked James to wait a minute for him.  In about 30 seconds Sgt. Smith was ready and they started walking toward the mess tent.  On the way a 500  pound bomb went off about 50 feet ahead of them.  It would have been almost a direct hit if James had not waited.  James first reaction was to try to peep over the edge of an imaginary bank, but he felt as if he would see half the world missing. When he did look, he saw more bombs falling and dived head first through some blackberry vines into a ditch.  Several planes were destroyed and two men killed about 200 feet from where James had managed to find cover.

The break through the German lines came on July 25, 1944.  The group moved to a base at Britigny-sur-Orge, 15 miles south of Paris. James visited Paris twice and several of the other surrounding towns.  September 11, 1944,  the group moved to Juvincourt, near Reim, and again the last week in September to St. Trond, Belgium.  At St. Trond there was a German airfield  with paved runways and wood barracks where the winter of 1944 was spent.  Since this was the airbase nearest the front, many damaged planes unable to return to their bases landed there.  One night, following daytime American air raids, the Germans zeroed in on the base where James was with V-1 Buzz Bombs and continued the bombing activities for about a week.

During the Battle of the Bulge, when the Germans broke through the American front line the base of St. Trond became the front line.  James’ group was given contingency orders to move back but they were determined to stay as long as possible.  Christmas Eve night of 1944 the entire  group was out for several hours with all their battle equipment to hold off a threatened enemy parachute attack.  The last air raid by the Germans was on January 1, 1945;  seven planes attacked and six were shot down by anti-aircraft guns.  As James stood outside the barracks watching the attack, a bullet hit a wall about 20 feet away.  As he turned, he saw a German plane with guns blazing coming straight toward the barracks.  Once again James dove for the fox hole.

James’ group moved to Kletz, Germany in April and then to Fritzlar, which is in the heart of Germany.  This is where they were when the war in Europe ended.  The group had been in a combat zone of operation for ten months and was awarded seven stars for major battles and a presidential citation,  as well as citations from the French and Belgium governments.

After a short stay at Beyruth, Germany to destroy German military equipment, James returned to the United States, with A-1 priority for assignment for the China-Burma-India Theater of operation.  While enroute to Newport News, Virginia from Antwerp, Belgium, the war ended and James was discharged from service.

James married Tessie Louise Hallmark on March 21, 1947 and they had four children.